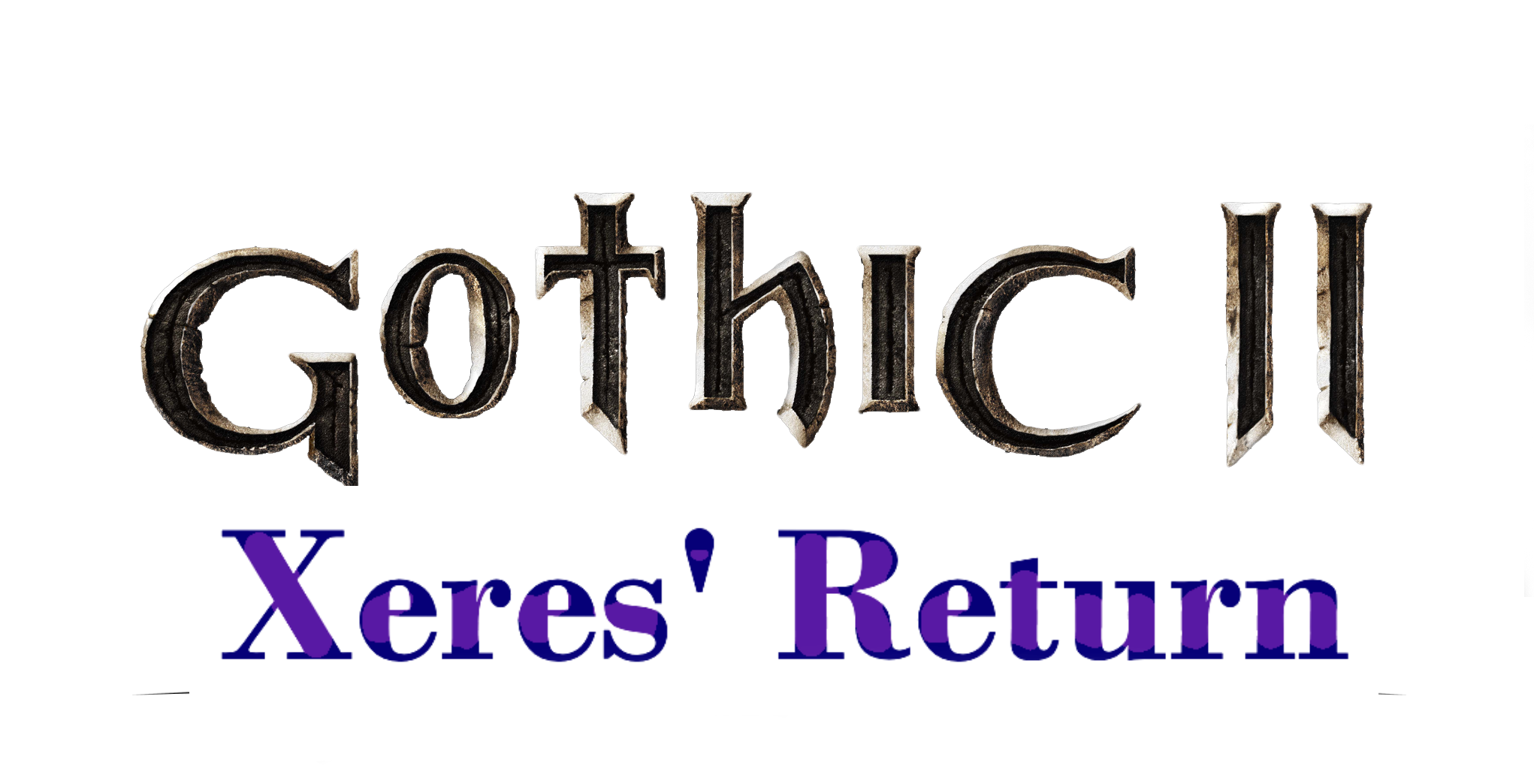 History:
The earth is quaking in the penal colony surrounded by the magic barrier, after the sleeper has been banned back into his dimension. KRUSHAK, as the orcs call it, controlled some templers guided by Cor Kalom, a guru of the swamp camp. In their fanatic blindness they went into the temple under the city of the orcs to wake up their master, the sleeper.
But one man, driven by the will to escape the magic prison, followed the fanatics. He survived dangerous traps, hordes of undeads and powerful shamanes only because of his magic weapon and armor. Last he fighted the sleeper: with best effort he succeded to pierce the hearts of the arch daemons to ban KRUSHAK back into its dimension. Because of its disappearance the magic energy of the barrier got lost and the prisoners were able to escape. But at the same time the temple of the sleeper collapses and the one who caused the explosion of the barrier and the banning of the sleeper is buried by rocks. A deep blackness surrounds him...

The Beginning:
Weeks pass by. The summoner Xardas doesn't stay inactive. His undead footmen look as frenetic as unsuccessful for the nameless hero. Every life has leaved the ruins of the temple. Resigned Xardas capitulates. The chosen one he shall have been? Doesn't seem so.
Nevertheless the hero awakes. His view doesn't clear completely, also his other senses do. The consequential damages of his unintended funeral seem to be immense. At least no pain. Slowly he breaths, raising the dust from the floor. Strange: the breathing doesn't give him any satisfaction. Disturbed he moves the fingers of his left hand, then the arm and at last his legs. Rubble trickles from his back, but the heavy stones only rumble to the ground after a hard flip. Despite a weird numbness he can stand up unproblematicly. Where comes this numb feeling from? He removes a glove. Seeing the rotten piece of meat hanging from his hand with the white bones clear to see, he begins to understand what price he had to pay to wake up from his unconsciousness. But that's only the first bad surprise waiting for him. The second one is the ghost of Cor Kalom.
"Who's there? You're looking good." He blurts out a sardonic nagging. "That's the right punishment for your crime!" He puts up his hand and shows the back of his middle finger to the nameless hero.
"You didn't fare any better ..." the hero counters.
The wafting shape jerks back. "What? You're able to speak? Your mind didn't leave your body?" He reflects. "It won't change anything! The temple will be your permanent site. There's no way out anymore! No, no!" His voice becomes louder, like the croaking of a raven it echoes through the lost halls.
"You'll never leave this place! And I'm going to watch your guts rotting slowly." With pointy laughing Cor Kalom floats away in the width of the temple.

Neither alive nor dead the nameless hero is now a prisoner of the temple ruins. Just on the search for his old life he doesn't know anything about the imminence: a mummed shape makes trouble on the island of Khorinis. Like a blight it wanders through the the land and envenoms all the ones passing its way ...